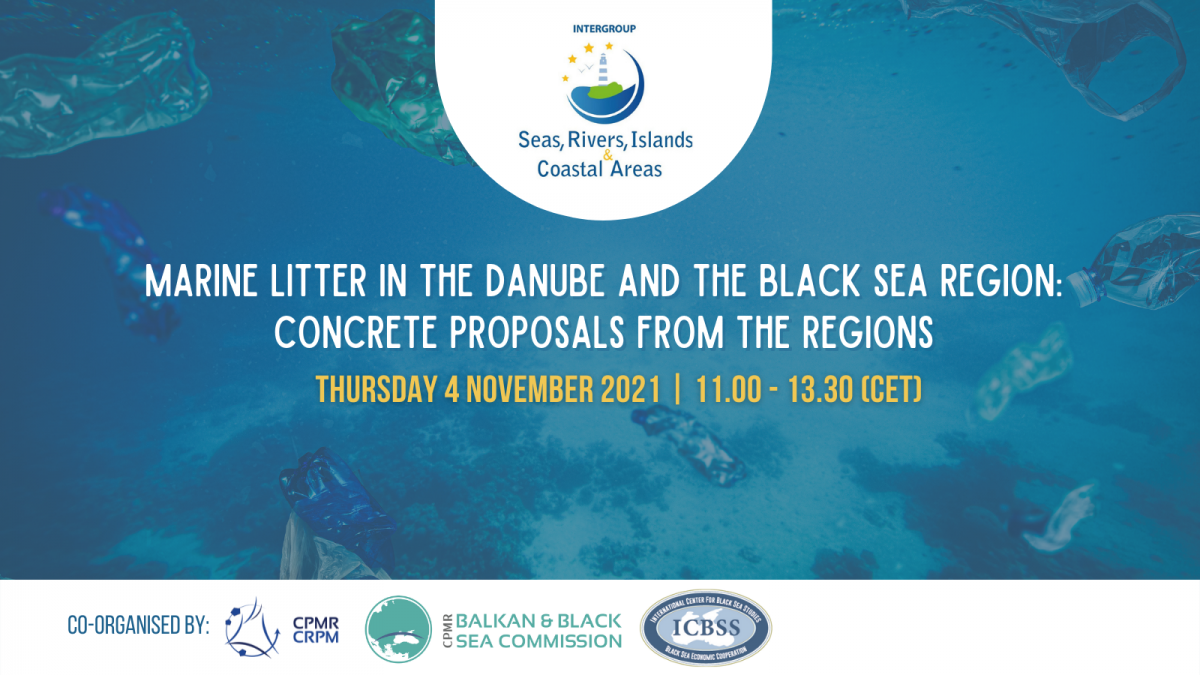 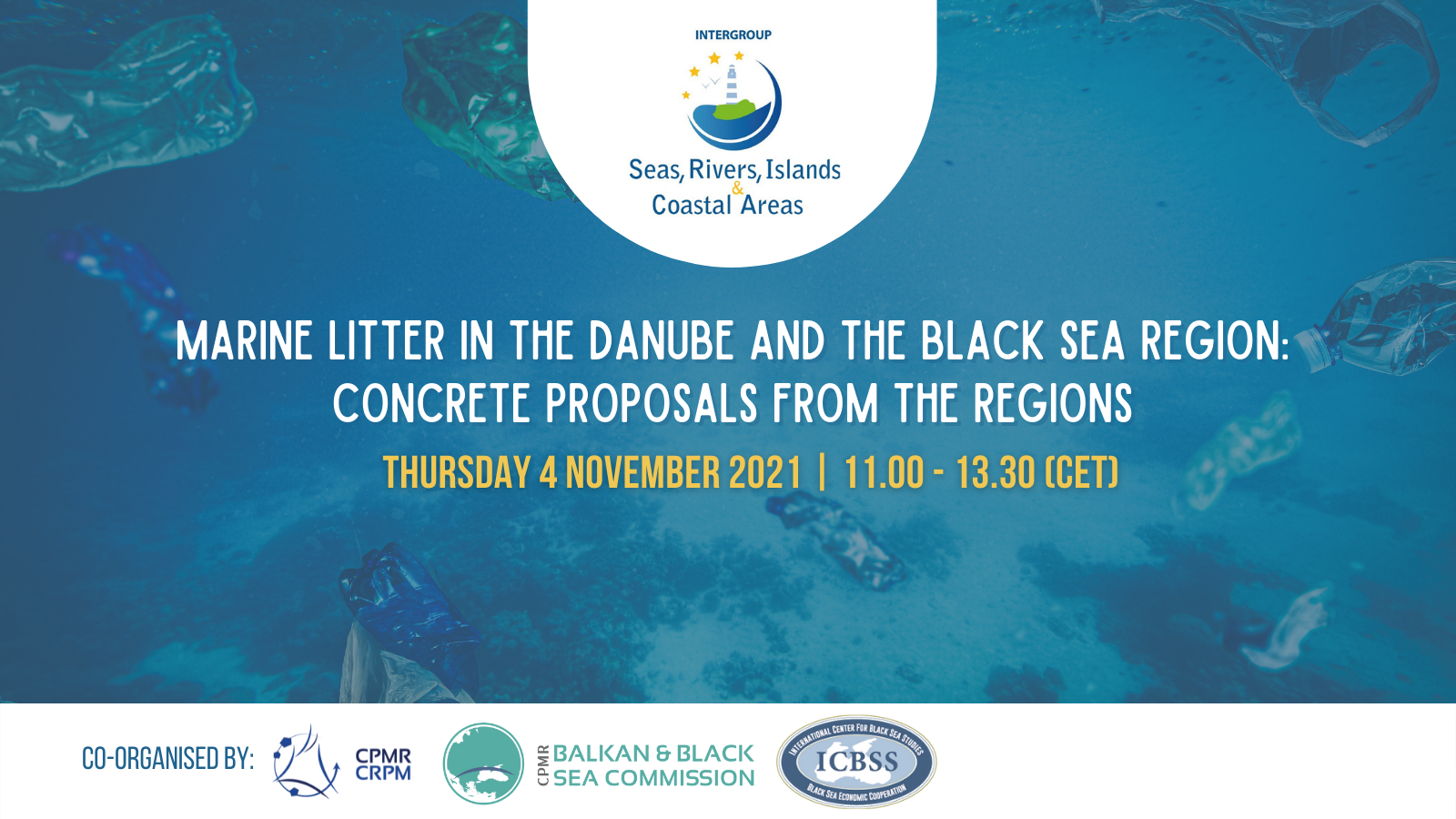 "Marine Litter in the Danube and the Black Sea region: concrete proposals from the regions"

Hosted by MEP Ms. Carmen AVRAM, SEArica Vice-Chair responsible for the Danube and the Black Sea.

The International Centre for Black Sea Studies (ICBSS) co-organise together with the Balkan and Black Sea Commission (BBSC) of the Conference of Peripheral Maritime Regions (CPMR), which holds the secretariat of the Seas, Rivers, Islands and Coastal Areas (SEArica) Intergroup, the online Conference entitled “Marine Litter in the Danube and the Black Sea region: concrete proposals from the regions”.

More info about the event: HERE

The online conference, hosted and chaired by MEP Carmen AVRAM, will take the form of a moderated exchange with key regional, political, and private stakeholders from the Danube and Black Sea regions. The online meeting will also seek to promote inter-basin and knowledge exchange by presenting key takeaways and best practice from other sea basins of Europe.

The aim of the event is to discuss and come up with tailored and concrete proposals to tackle marine litter in the region.

The event will offer different stakeholders from the wider Black Sea region and beyond the opportunity to share their experience and exchange ideas with representatives from the European institutions, and encourage multilateral cooperation in the framework of different EU initiatives and programmes implemented in the area.

The conference will aim at providing a dialogue platform amongst EU, regional and national policymakers and key stakeholders, to encourage a debate that will allow for the better understanding of the challenges, as faced by stakeholders on the ground, and the different opportunities that derive from the various EU policies, strategies and initiatives in this diverse but fragile region.

The Seas, Rivers, Islands and Coastal Areas Intergroup is one of the 27 Intergroups that were approved on 11 December 2019 by the Conference of Presidents for the 9th legislature of the European Parliament. Intergroups can be formed by MEPs from any political group and any parliamentary committee with a view to holding informal exchanges of views on particular issues and promoting contact between MEPs and civil society. The Seas, Rivers, Islands and Coastal Areas Intergroup brings together more than 100 MEPs from 7 different political groups and 23 Member States. Intergroups are not Parliament bodies and therefore may not express Parliament's opinion. Intergroups are subject to internal rules adopted by the Conference of Presidents on 16 December 1999 (last updated on 11 September 2014), which set out the conditions under which intergroups may be established at the beginning of each parliamentary term and their operating rules. 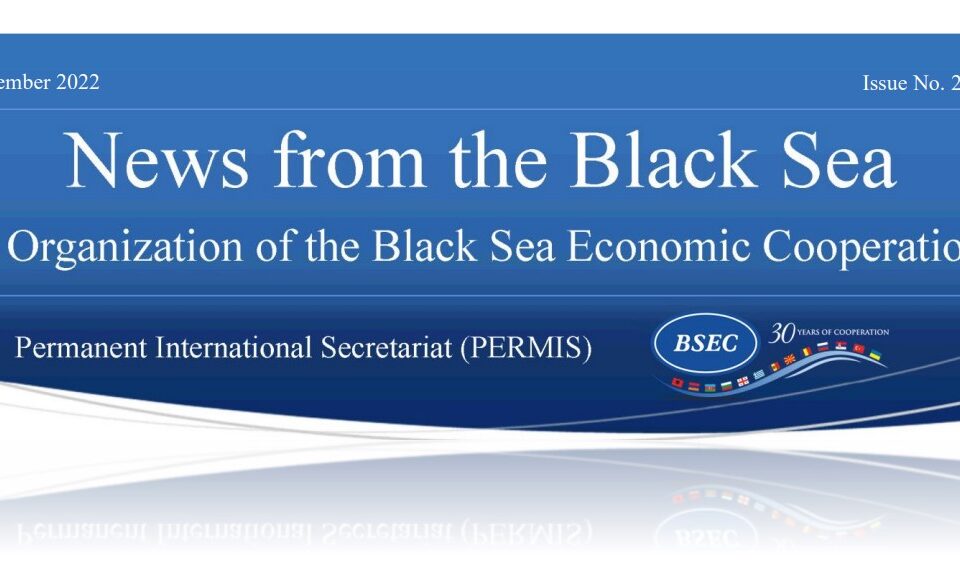 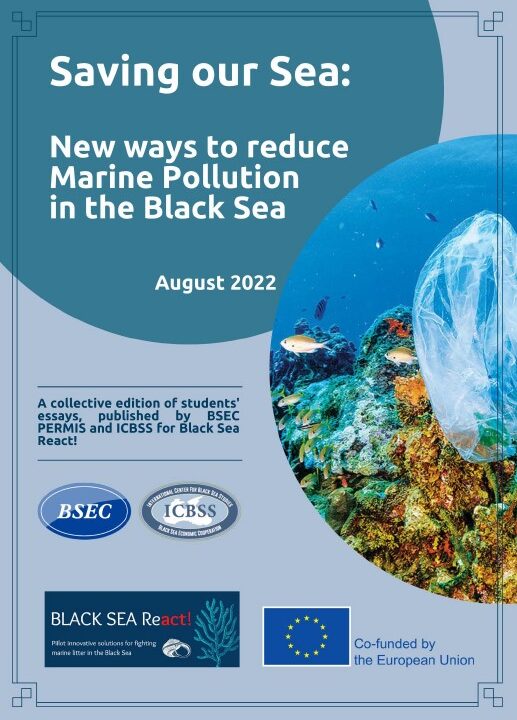 NEW Publication! Saving Our Sea: A collective edition of students’ essays, by BSEC PERMIS and ICBSS for BLACK SEA React!