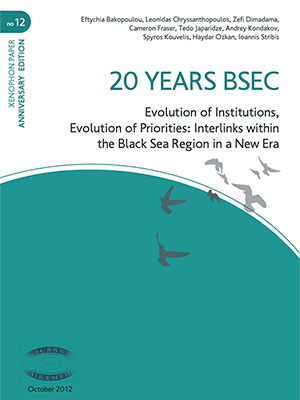 The last twenty years, the Organization of the BSEC, as a multilateral economic initiative has managed to promote stability and prosperity among the Member States while encouraging and inspiring interaction and cooperation in the Black Sea region. Nevertheless, after these years of modest, yet incremental evolution of the Organization, several questions seem to remain unanswered.

The edition is available here.