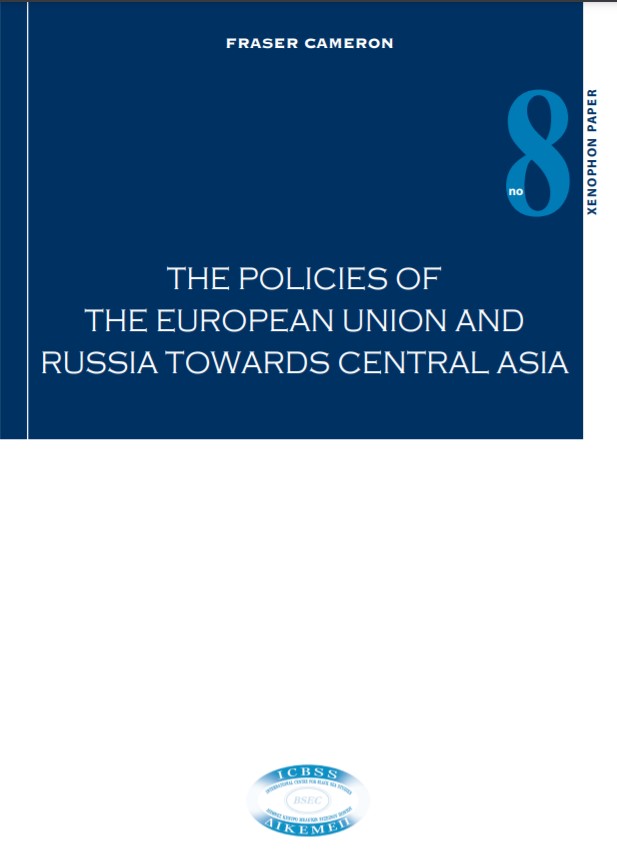 Within an evolving world order, dominated by a number of actors that deploy their strategies in a variety of ways, the Central Asian region (i.e. Kazakhstan, Kyrgyzstan, Tajikistan, Turkmenistan, and Uzbekistan) retains the central premise of the Great Game – big powers exercising their influence over the region. Geographically situated between China, Russia, Iran, Afghanistan and the South Caucasus and rich in energy resources, the region is emerging as a critical geostrategic and geo-economic nexus between Russia, the European Union and its member states, the United States, and China.

In this context, Fraser Cameron, the author of this Xenophon Paper, sheds some light on the interaction between Russia and the European Union, suggesting that although the rivalry between the two sides is bound to continue, they are less likely to seriously collide over Central Asia. Overall, Fraser Cameron’s analysis highlights the relevance of the ever-growing agenda between Europe’s key players – the European Union and Russia – and the need to seriously assess its symbiotic nature as well as its potential for irreconcilable differences. If only for this, it merits serious consideration.

The edition is available here.