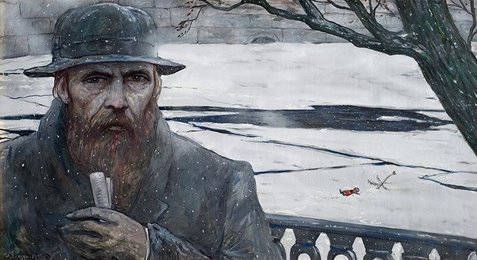 This year, Russians and bibliophiles all around the world celebrate the 200th anniversary of Fyodor Dostoevsky’s birth (November 11, 1821). Fyodor Dostoevsky (Russian: Фёдор Михайлович Достоевский) is the most influential novelist of 19th century Russian literature and one of the greatest writers of all time. He was born in Moscow and was introduced in literature at an early age through a wide variety of books by Russian and foreign authors. After finishing school, he was admitted to the Military Engineering Academy in St Petersburg and conceived the novel ‘’Poor folk’’. Dostoevsky made forceful contributions to a wide range of philosophical and religious issues exploring human psychology in the troubled political, social and spiritual atmospheres of 19th-century Russia. His novella ‘’Notes from Underground’’ (1864) is considered to be one of the first works of existentialist literature. His literary works consists of 12 novels, 4 novellas, more than a dozen short stories, and reams of non-fiction, journalism and other prose. He was also a publisher. Fyodor Dostoevsky’s most famous novels include ‘’Crime and Punishment’’, ‘’The Idiot’’, ‘’Demons’’ and ‘’The Brothers Karamazov’’.

If you would like to find more information on his life and works, please open the following links: http://eng.md.spb.ru/dostoevskij/biografiya/ and https://www.prlib.ru/en/section/1326334

You can take a virtual tour of ‘’Moscow House of Dostoevsky Museum’’ (the apartment at the Mariinsky Hospital for the Poor where the writer lived from 1823 to 1837), here: https://goslitmuz.ru/museums/moskovskij-dom-dostoevskogo/virtualnaya-ekskursiya/1294/

You can also enjoy an online exhibition of Glazunov’s paintings of works by Dostoevsky, here: https://glazunov-gallery.ru/vystavki/ilya-glazunov-i-fedor-dostoevskii

Picture 4: ‘’Legend about the great inquisitor’’. Illustration to Dostoevsky's novel The Brothers Karamazov, by Ilya Glazunov 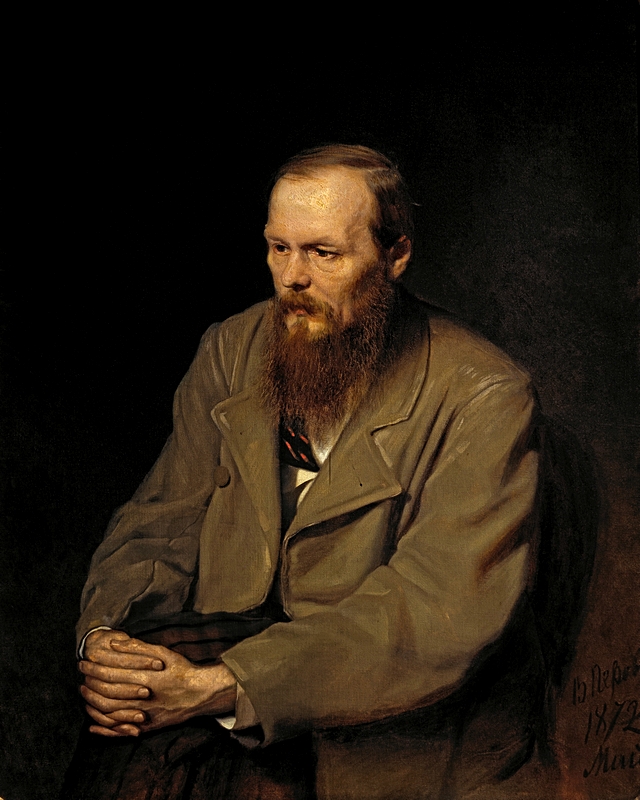 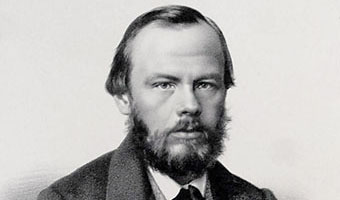 ‘’Legend about the great inquisitor’’. Illustration to Dostoevsky's novel The Brothers Karamazov, by Ilya Glazunov 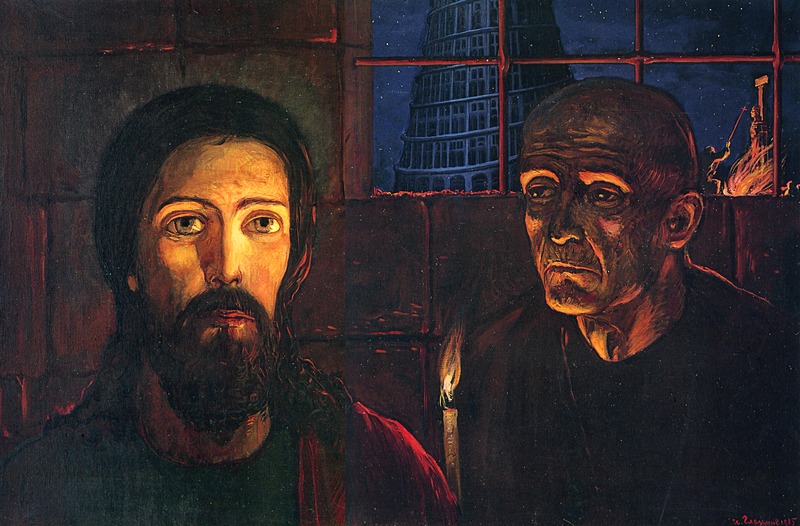 n the Summer Garden. Illustration to Dostoevsky's novel The Idiot, by Ilya Glazunov 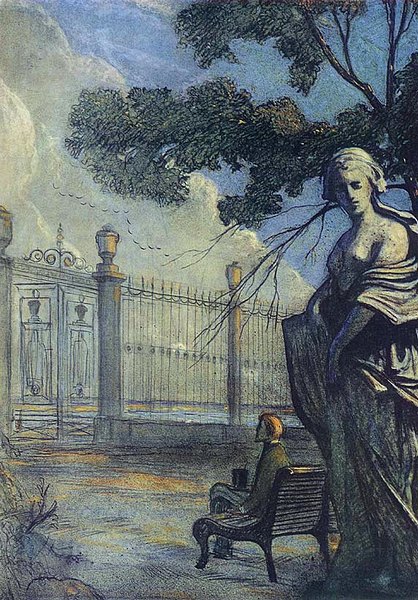