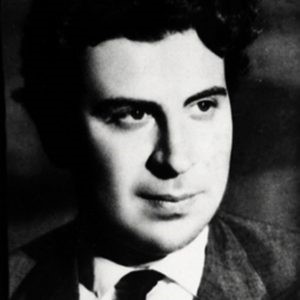 The first day of the 5th BSEC Month of Culture is dedicated to the renowned Greek composer Mikis Theodorakis, who died on September 2, 2021 at the age of 96. Although his life cannot be described in a few lines, we present a short biography.

‘’Mikis Theodorakis was born in Chios, on June 29, 1925. He studied at the Athens Conservatory and the Conservatoire of Paris. In 1957 he won the Gold Medal of Composition at the World Youth Festival in Moscow, in 1959 he was awarded the Copley Prize and in 1963 the Sibelius Prize. He has received many awards for his contribution to democracy and culture and has been awarded an honorary hD from the Universities of Athens, Thessaloniki, Macedonia, Crete and Thessalia. He worked on all styles of music and he extended into areas beyond his main art, such as poetry, prose, philosophy and politics. His work is divided in three main periods: A) 1937-1960: He composes orchestral works and chamber music according to western forms and contemporary techniques. B) 1960-1980: He tries to combine the symphony orchestra with traditional instruments and creates new vocal forms and ensembles, which evolved to an artistic movement with a unique popular response. C) 1981-: He returns to symphonic forms and explores the operatic style. On December 15, 1997, Mikis Theodorakis donated his personal archive to the Music Library of Greece “Lilian Voudouri”. The archive, impressive in size and thematic variety, includes manuscript scores and texts, press cuttings, posters, programmes, audio-visual material, dissertations – studies, photographs, medals and various publications. His manuscripts, both scores and texts, as well as part of the music programmes collection are now available online. The musical manuscripts include works, sketches and arrangements classified in chronological order. The manuscript texts are also classified in chronological order according to their type, and are divided in four major thematic categories: Correspondence, Political, Cultural and Various Texts.’’

You can find and enjoy a list of this audio-visual material opening the following links: