The Roman-Catholic Cathedral of Saint Michael in the very heart of Transylvania, Alba Iulia, marks the late Romanesque architectural style and represents a great example in this respect for the Eastern Europe. It is also the oldest and the longest cathedral in the country.

It was built between 1247 and 1291, which makes it contemporary to the famous Notre Dame of Paris. It appears that a great French architect, Villard de Honnecourt, contributed to its design. The main sanctuary of Saint Michael’s cathedral has been subject to several changes and additions, which is why today it looks quite different from its original form. Gothic, Renaissance and Baroque elements were constantly incorporated.

The Laszai chapel, located in the northern part of the cathedral, is the oldest example of Renaissance architecture in Transylvania, built in 1512 by archpriest Laszai Janos to host the Altar of Christian Souls.

The cathedral contains the tombs of several royal figures from the history of the region. The northern lateral nave serves as a place of rest for Queen Isabella Jagiellon and her son, John Sigismund, the first Prince of Transylvania.

The richly decorated, Romanesque style doorway of the Southern side-aisle dates back to the beginning of the 13th century, and it was reserved to be the entrance for bishops. The Maiestas Domini tympanum, the most ancient Romanesque sculptural element in Romania, is one of the most significant fragments of engraving that remains from the first cathedral. Exterior decorations of the chapel bring up biblical figures of classical mythology and reliefs of canonised Hungarian kings.

For more information on Saint Michael’s Cathedral of Alba Iulia, you can watch the following video! 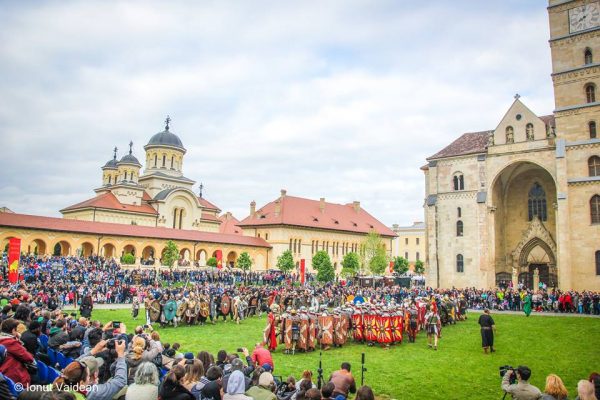 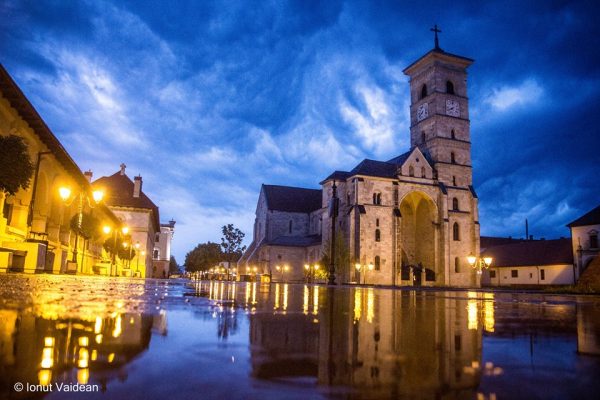