The Roman Emperors and Danube Wine Route (2015) extends through countries of the Middle and Lower Danube Region –Bulgaria, Romania and Serbia are among them- encompassing 20 archeological sites and 12 wine regions.

The Danube frontier of the Roman Empire was maintained by a constant presence. As a result, the consumption of wine became an essential component of daily life in the region.

The journey along the Roman Danube frontier (limes) reveals the outstanding natural beauty of the river and its hidden historic treasures. It is worth mentioning that many archaeological sites were discovered during recent excavations and have been presented to the public only during the past two decades. Lovers of antiquity will be amazed by the abundance of architectural and artistic treasures, being part of the Roman culture.

You can explore the Roman archaeological site Sirmium in Sremska Mitrovica, Serbia – the famous Roman imperial palace (Carska palata) - via this 360° virtual tour. 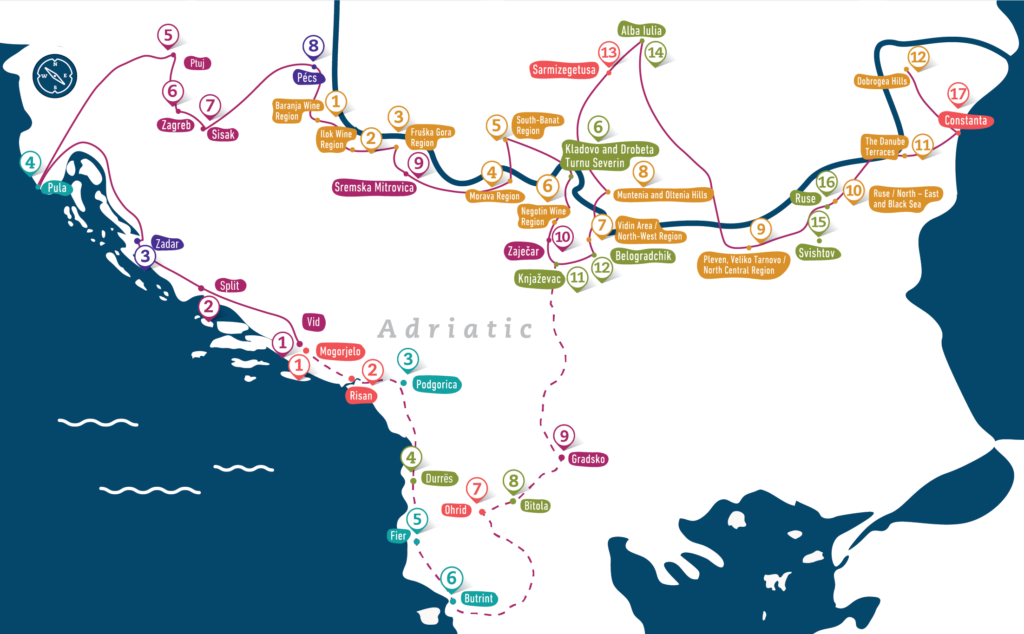