Ghapama (ղափամա, Xapama) is an Armenian dish typically prepared by stuffing a pumpkin with rice, various nuts and dried fruits, butter, honey, and cinnamon, but there are also some recipes calling for meat. The dish is traditionally prepared between New Year and Armenian Christmas, or on other similar festive occasions, but especially during autumn and winter, when pumpkins are in season. Once cooled, ghapama is served whole or sliced up in wedges, each appropriately sized as an individual portion. The popularity of the dish is so great it even has its own song titled Hey Jan Ghapama. 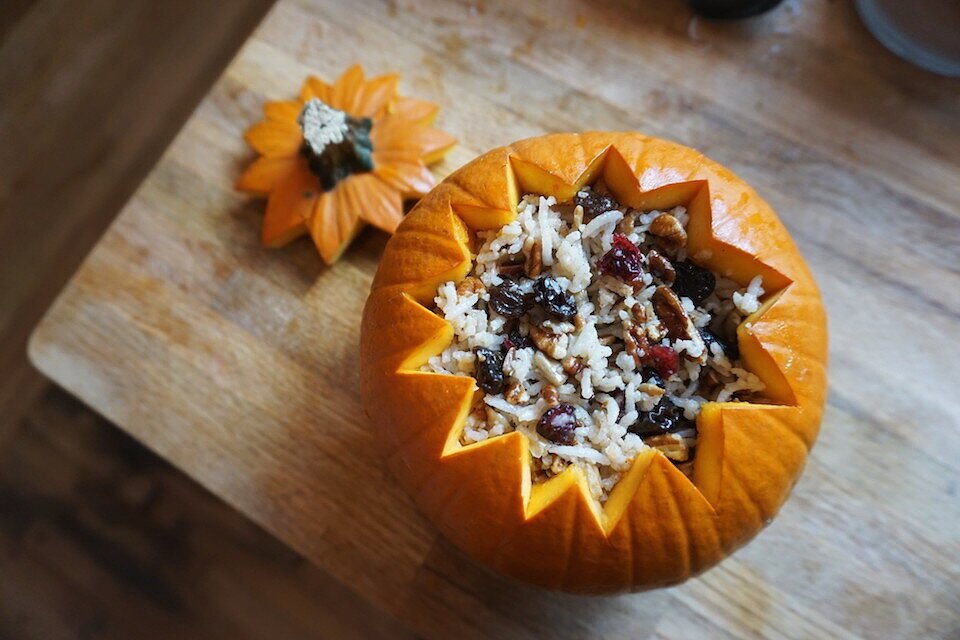 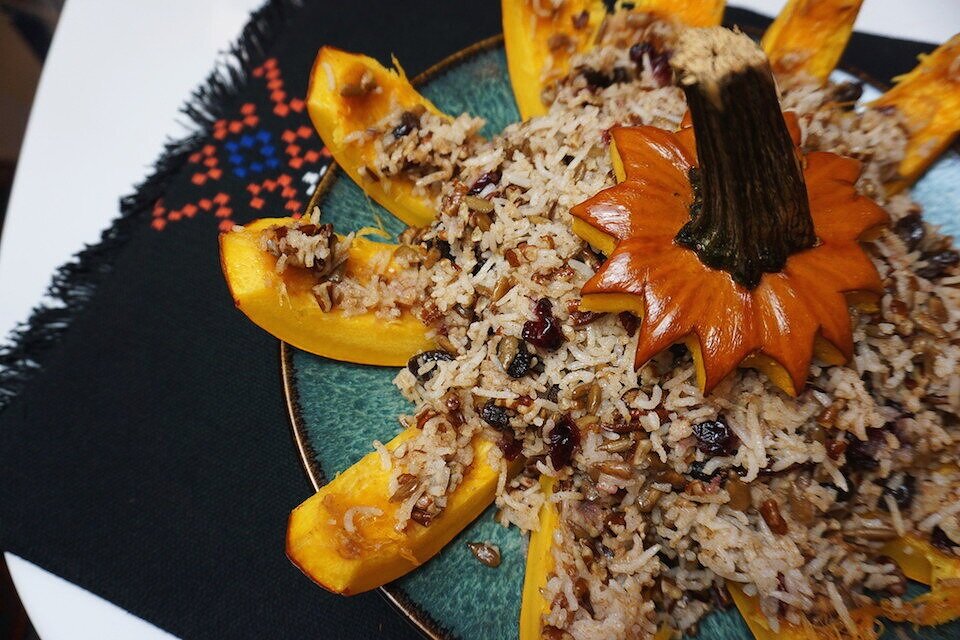 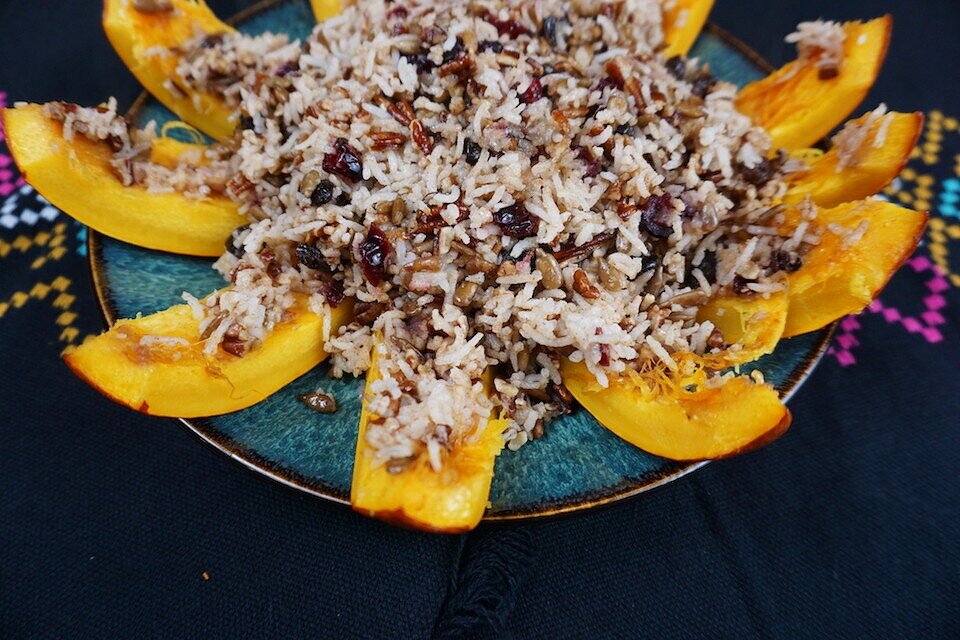