Do you know the Bulgarian poetess who was nominated for the Nobel Prize in Literature three times?

Our second post for the day is dedicated to Elisaveta Bagryana (born in 1893) is considered one of the “first ladies of Bulgarian women’s literature”.

In 1907-1908, she wrote her first verses, while seven years later she published her first poems, entitled ‘’Why’’ and ‘’Night Song’’, in the magazine ‘’Contemporary Thought’’. Between 1910 and 1911 the poetess and translator taught in the village of Aftani, where she experienced rural life, after which she studied Slavic philology at Sofia University. By 1921, she was already active in the literary life, and was collaborating –among other publications- on the ‘’Newspaper of the Woman’’ and the magazine ‘’Modernity’’. With the arrival of her first book, entitled ‘’The Eternal and the Holy’’, Elisaveta Bagryana earned the confirmation of her peers. She also started writing children’s stories.

Bagryana passed her life surrounded by words, editing a number of magazines and writing. She died in 1991, at the age of 97. Her works have been translated into over 30 languages. In addition, her poems are most recently available in the book ‘’Penelope of the 21st Century: Selected poems of Elisaveta Bagryana’’, translated by Brenda Walker. 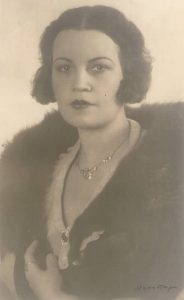